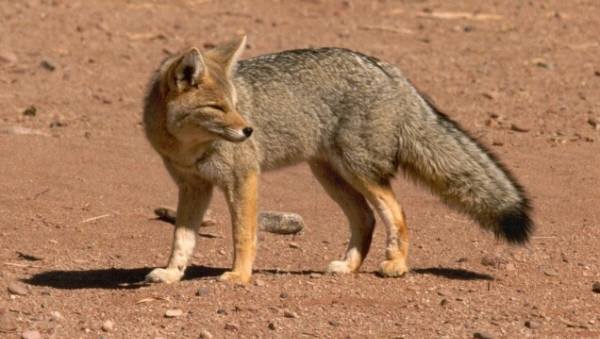 The Chilla is widespread in plains and mountains on both sides of the Andes in Chile and Argentina. Populations in the southern half of Argentina, where habitat is more favourable, are essentially stable. Their status in the northern half of the country is unknown. In Chile, they are considered frequent in the north, scarce in central Chile, and common-abundant in the south. Despite having been overexploited for their fur in the past, Chillas seem not to be decreasing in number. The species is not considered threatened at present. 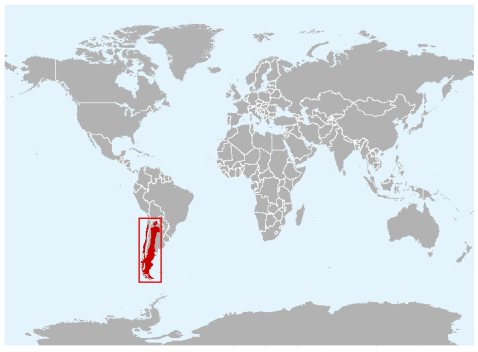 The Chilla occurs in steppes, "pampas" (grasslands), and "matorral" (scrublands) (Olrog and Lucero 1981). They generally inhabit plains and low mountains, but they have been reported to occur as high as 3,500–4,000 m (see Marquet et al. 1993; Jayat et al. 1999). Although Chillas occur in a variety of habitats, they prefer shrubby open areas. In central Chile, they hunt more commonly in flat, open patches of low height (1–2 m) scrub than in areas with dense vegetation or ravines. Yet, they do visit ravines, in search of fruit (Jaksic et al. 1980; Jiménez et al. 1996). In southern Chile (Parque Nacional Nahuelbuta), Chillas also prefer open areas to those more dense patches where Darwin's Foxes occur (Jaksic et al. 1990; Jiménez et al. 1990; Medel et al. 1990). Durán et al. (1985) found that in Chilean Patagonia, their typical habitat was the shrubby steppe composed o f "coirón" (Festuca spp., Stipa spp.) and "ñires" (Nothofagus antarctica), and that burning and destruction of forests in order to augment the land for sheep farming seems to have been advantageous for Chillas. A similar preference was detected in Parque Nacional Torres del Paine, where 58% of the 12 monitored individuals used matorral shrubland or Nothofagus thicket habitat within their home ranges, more than was expected (Johnson and Franklin 1994b). In the north-eastern Mendoza desert (Argentina), these foxes seem to prefer the lower levels of the shrubby sand dunes that characterize the landscape or the valleys among dunes rather than their higher sections (R. González del Solar, unpubl.).

The main threat to Chilla populations in the past was commercial hunting. However, inferences on the historical rate of Chilla extraction are difficult, since official pelt-export reports apparently have conflated data corresponding to different species. Hunting intensity has apparently declined in recent years. Illegal trapping still occurs in some regions of Chile and Argentina, mainly related to controlling predation on small livestock and apparently not as intensively as in the past (A. Iriarte pers. comm.). The species is hunted for its pelt in Argentina and Chile.