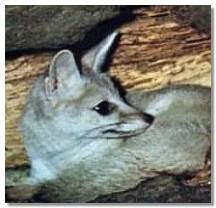 The Pale Fox is listed as Least Concern, since although there is no detailed information on its abundance, the species is relatively widespread in the ecological band laying between the true desert of the Sahara and the sub-Saharan savannas. There are no known major range-wide threats at present that may result in a population decline that would warrant listing in a threatened category.

The Pale Fox is distributed in the semi-arid Sahel of Africa, bordering the Sahara to the north. The southern limit of its geographical range extends into northern Guinean savanna zones. It ranges from Mauritania, Senegal and Gambia through Nigeria, Cameroon and Chad to the Red Sea. 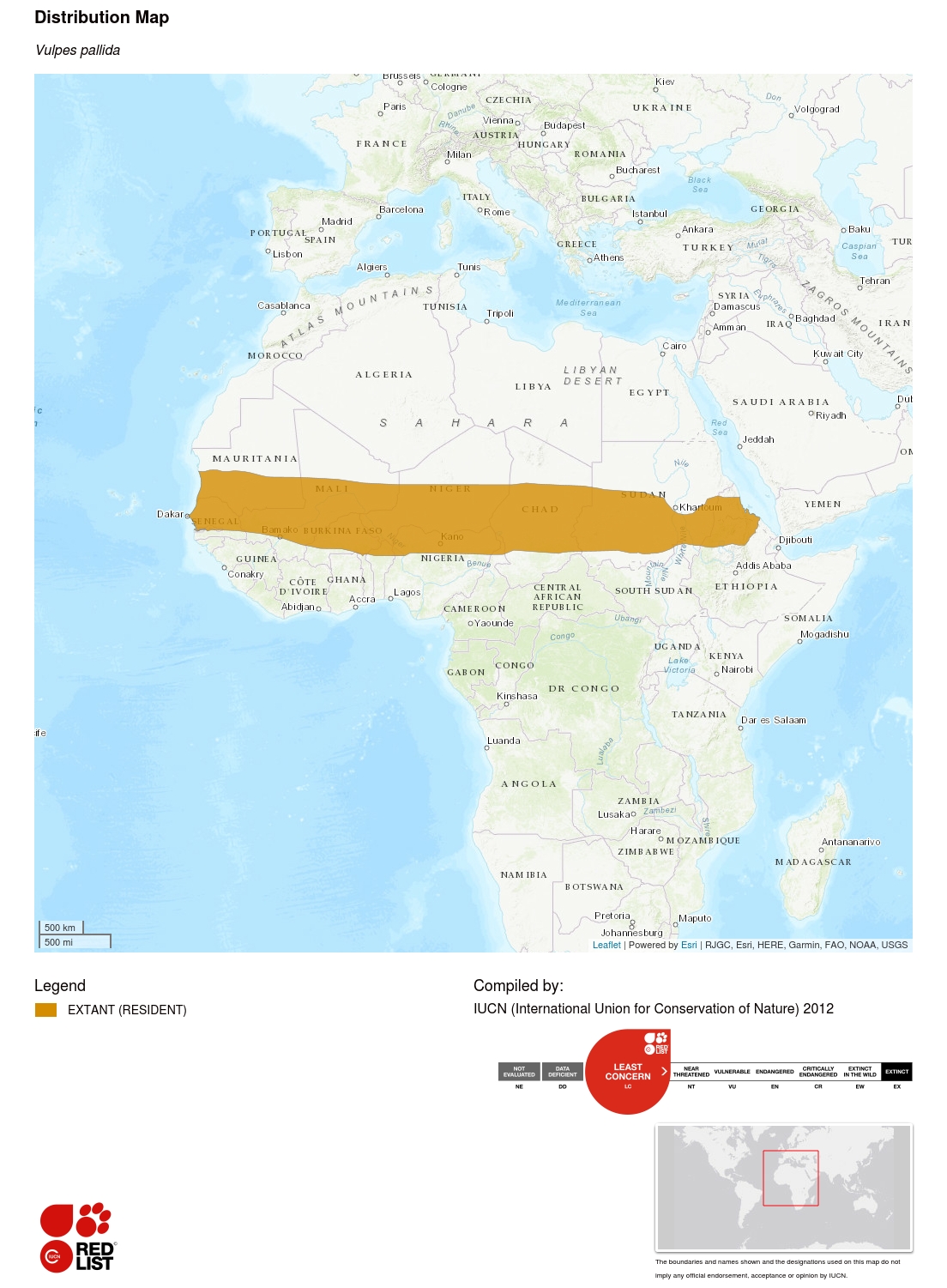 The Pale Fox is widespread and present throughout its range. It is locally common, but in most parts it is seldom recorded.

The species typically inhabits very dry sandy and stony marginal sub-Saharan desert and semi-desert areas, but its range extends to some extent southwards into moister Guinean savanna areas. Therefore, it has a very extensive distribution within an unstable and fluctuating ecological band lying between true desert and the Guinean savannas. It may also occur near human habitation and cultivated fields where food is more readily available than in natural habitats (Rosevear 1974).

No major threats are known, although they may be persecuted locally since they are known to kill domestic fowl (Rosevear 1974). The species is a frequent victim of road kills on regularly used tracks between settlements in Sahel zone of Niger and Chad. Oil and gas drilling, and associated disturbance, might become a future localized threat.

Trade is unlikely to pose a threat to this species. However, Pale Fox remains were found in a local market in southern Benin (Djagoun and Gaubert 2009). Cooked Pale Fox meat is used for treating asthma in Sudan.

This species is not listed on any CITES Appendices. It is locally common in the newly created Termit and Tin Toumma National Nature and Cultural Reserve of east Niger and in Ouadi Rimé-Ouadi Achim Faunal Reserve, Chad. It is likely to occur in several other protected areas throughout the species' range, but no reliable information is available at present. This is the least known of all the canids, and studies on its distribution, status and ecological requirements are needed.