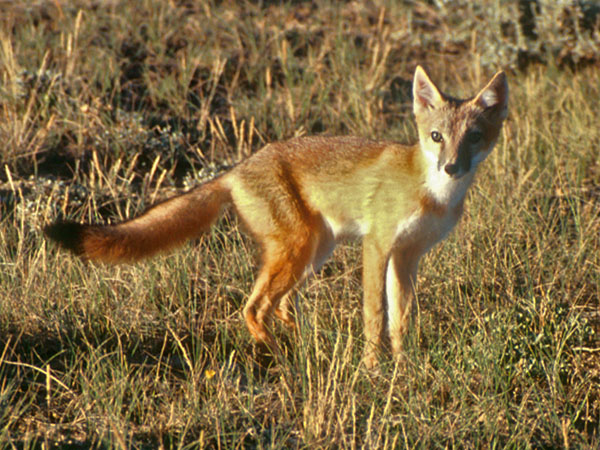 Island, Kit & Swift Fox Working Group - Brian Cypher and Tim Coonan are the coordinators of the Island, Kit & Swift Fox Working Group. The working group report that for both kit foxes and swift foxes, habitat continues to be lost and remaining habitat is increasing subject to degradation, fragmentation, and incompatible uses. The future prognosis for island foxes is however significantly improved. After 4 of 6 subspecies suffered catastrophic declines due to novel predators and disease, mitigation measures have been immensely successful and these 4 populations have returned to or are approaching pre-decline levels. This page highlights some of the recent issues and current conservation needs for these species.

The Swift Fox was extirpated from Canada by 1938; however, reintroduction releases since 1983 have established a small population in Alberta and Montana. The southern periphery of the range is still central New Mexico and north-western Texas. Current estimates for the United States suggest that Swift Foxes are located in 39–42% of their historic range. But in much of the distribution populations are fragmented.

Historically, the Swift Fox was considered an abundant predator of the prairies, but numbers were severely depleted by the late 1880s and early 1900s. Swift Fox populations began to recover over portions of their former range beginning in the 1950s. The current population does not meet any of the thresholds for the threatened categories, therefore the species is presently assessed as Least Concern. 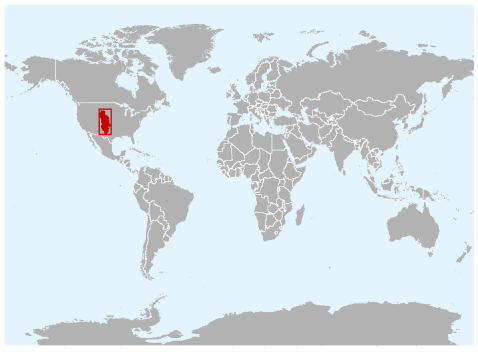 The Swift Fox is predominately found on short-grass and mixed-grass prairies in gently rolling or level terrain (Kilgore 1969; Hillman and Sharps 1978; Hines 1980). In Kansas, Swift Foxes have been found to den and forage in fallow cropland fields such as wheat (Jackson and Choate 2000; Sovada et al. 2003). Survival rates (and reproductive rates although sample sizes were small; Sovada et al. 2003) between foxes in grassland and cropland sites were not significantly different suggesting that Swift Foxes may be able to adapt to such habitat in some cases (Sovada et al. 1998). Notably, the distribution and density of dens, are considered important components of Swift Fox habitat requirements (Herrero et al. 1991), particularly in terms of evading coyote predation or Red Fox competition (Tannerfeldt et al. 2003).

Since Swift Foxes are primarily prairie specialists, ongoing conversion of grassland to cropland threatens to reduce population sizes and further fragment populations. The conversion of native grassland prairies has been implicated as one of the most important factors for the contraction of the swift fox range (Hillman and Sharps 1978). We believe that alteration of the landscape likely influences local and seasonal prey availability, increases risk of predation on Swift Foxes, and leads to interspecific competition with other predators such as the Coyote and Red Fox. Moreover, an increasing trend towards irrigation of crops from the dry-land farming practices of fallow cropland every other year could exclude Swift Foxes that have adapted to den and forage successfully under the dryland farming rotational practices. The planting of tall, dense vegetation as a part of the United States Conservation Reserve Program, may also negatively impact swift foxes because they avoid these densely vegetated habitats. In Canada, the oil and gas industry is expanding dramatically and previously isolated prairie areas are now targeted for exploration. Associated road developments will potentially decrease the habitat carrying capacity and increase vehicle-caused Swift Fox mortalities. Greater urbanization coupled with coyote control may facilitate Red Fox expansion, which could lead to the competitive exclusion of Swift Foxes in established prairie areas. In the United States, the 1972 presidential ban on predator toxicant use (e.g., strychnine, compound 1080) on Federal lands may have contributed to Swift Fox recovery, but 1080 is currently being legalized in prairie areas of Saskatchewan, Canada, which will likely limit reintroduced populations. Moreover, landowners that are attempting to protect their livestock from Coyote depredation use poisons illegally and swift foxes readily consume such baits (Moehrenschlager 2000).